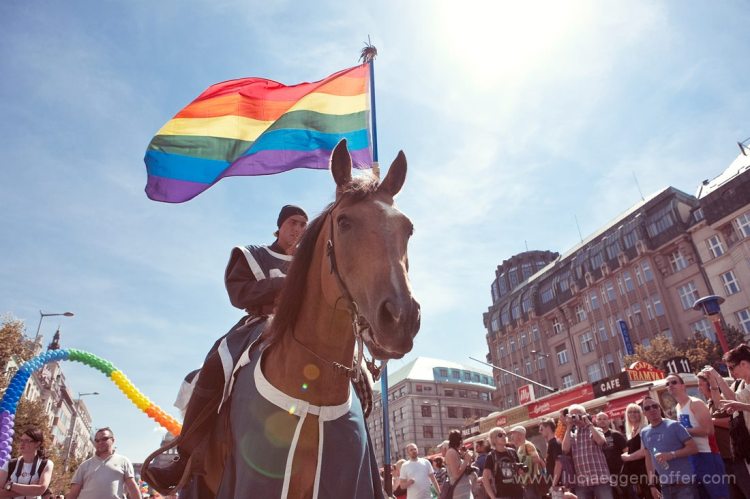 It ain’t easy being gay in Eastern Europe, that’s for sure. (See Russia and its anti gay laws.) So it’s important to support expressions of pro-gay behavior. Prague is in the Czech Republic, not in Russia.

But still only 11% of Czech gays and lesbians are out in their workspace. The theme of Pride is “coming out.”

If you’ve got some vacation time and money to burn, why not head to Prague August 12-18 and enjoy some Czech Pride?

More info below from the event sponsors.From the organizers:

Nearly a hundred social, cultural, and sporting events constitute the program of the 3rd annual Prague Pride festival, held from the 12th to the 18th August 2013. The diverse program caters to domestic as well as foreign participants and can be found on http://www.praguepride.com.

The main theme of Prague Pride 2013 is coming out. To be yourself, to live without having to pretend or hide is still a problem for many gays and lesbians in the Czech society. According to the European Union Agency for Fundamental Rights (FRA) only 11% of Czech gays and lesbians are out in their workplace.

In the Czech political scene there is not a single politician that voluntary came out publicly. Therefore, one of the highlights of the festival will be a debate on coming out and politics, with U.S. Congressman David Cicilline, the conservative British MP Michael Freer and liberal Dutch MP Mark Verheijen, among others.