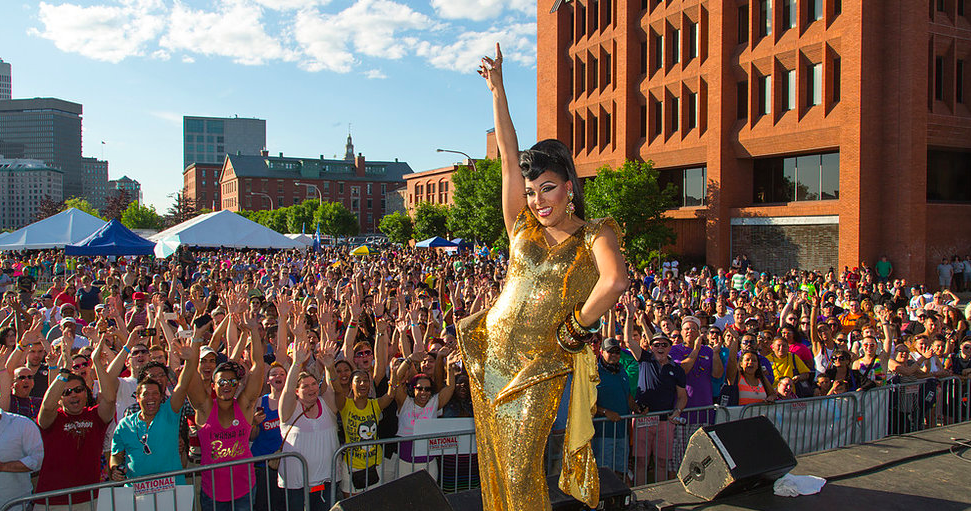 While I’d heard some nice things about Providence, Rhode Island’s state capital and largest city, over the years, I’ll admit that I didn’t know a whole lot about it. I mostly thought of it as a cheap alternative airport to often-overpriced Boston Logan International.

But a recent weekend there, coinciding with Rhode Island Pride, completely sold me on this East Coast gem as an excellent getaway for LGBTQ travelers. Here are four reasons why you should put Providence on your list as a destination to check out.

Walking around Providence was like being in a gay Disneyland at times. I was genuinely surprised at the number of out queer couples in the city —walking the streets holding hands, eating in restaurants, wandering the stores, chilling in cafes. I chatted with numerous locals, from restaurant servers to Uber drivers, hotel staff and people in clubs, and they all had positive things to say about how accepting the city and community is.

We hung out in several clubs, such as The Dark Lady, EGO Providence, and the Eagle, and they were crowded and lively. At a time when many smaller and mid-sized cities have gay club scenes that are dried up or gone entirely, it was refreshing to see such a thriving group of bars.

Check out Options magazine, published bimonthly, for the latest calendar of queer events. You’ll be pleasantly surprised at the number of listings, from drag brunches to queer book clubs, as well as tea dances, happy hours and networking meetings.

Providence has christened itself “The Creative Capital,” a cute nod to the city’s artistic side as well as its being the center of state government. And the moniker is well earned, with a wealth of art museums, galleries, performing arts spaces and urban murals.

From March through November each year, 27 of the city’s hottest art spots open their doors on the third Thursday of the month as part of Gallery Night Providence. And WaterFire Providence, a unique local arts celebration, revolves around the city’s downtown rivers, with more than 80 sparkling bonfires lit on the waterways.

Not to be missed is PVD Fest, an annual arts celebration in the city. It selects local artists to design and create arts installations, many of which remain in perpetuity, adding to the city’s cool urban vibe each year. Many of downtown’s mesmerizing murals are the result of previous years’ PVD Fest installations.

Getting to Providence is fairly easy for much of the country. In addition to the aforementioned cheap flights to the city’s T. F. 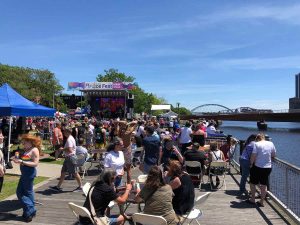 Green Airport, Providence is an hour’s drive from Boston, as well as about three hours from most of the New York metro area. It’s within two hours by plane from much of the East Coast and Midwest, making it an easy weekend trip.

Providence is connected to Boston’s South Station via the Massachusetts Bay Transit Authority commuter service, and within the city, grabbing a rideshare service is simple — or visitors can check out the local Rhode Island Public Transit Authority (RIPTA), which provides busing as far away as Newport or Kingston. But I found downtown Providence, including its lovely Arts District, to be very walkable and pedestrian friendly.

Providence’s annual Rhode Island Pride completely exceeded my expectations. Attracting well over 100,000 attendees, I was blown away by how many Boston-area celebrants were there. I’d have thought the big city folks would have turned up their collective noses at smaller Providence, but that wasn’t the case at all! In fact, I heard story after story about how much they loved attending both Pride celebrations, a week apart.

RIPride has a laundry list of pre-celebration events, from VIP parties to game nights to interfaith services. The PrideFest itself takes place downtown along the Providence River, with a long narrow outline that provides great water views at every turn. There are countless vendors, a huge main stage, a beer garden, and more.

But the highlight of the weekend for me was the Illuminated Night Parade. RIPride is one of only a few pride celebrations anywhere that features an evening parade. Floats and marchers are encouraged to dress up their displays with lights, glowsticks, fluorescent paints and the like. The result is really spectacular, with 100,000 attendees watching the festivities. At the conclusion of the parade, multiple areas of downtown were cordoned off for huge block parties, as music roared into the night until the wee hours.

And for those who managed to get some sleep, the post-Pride Drag Brunch was a great top off to the weekend, with this year’s event featuring Jasmine Masters from RuPaul’s Drag Race, as well as a half dozen very talented local performers.