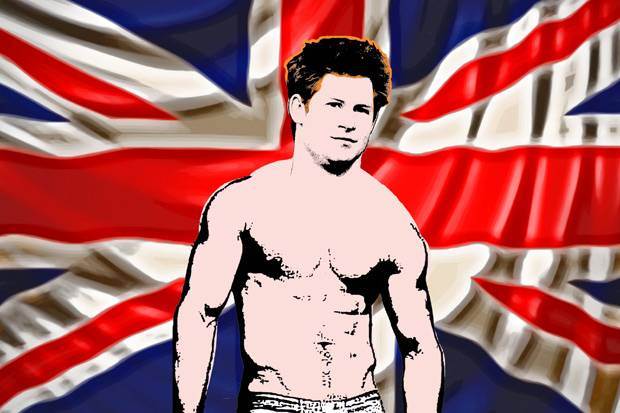 Global Correspondent Ivan Quintanilla is an actor, traveler and blogger extraordinaire. Once a week he provides a re-cap of noteworthy travel stories. We pilfer his round-up (with his permission) so you don’t have to. Follow his travels at TravelingIQ.

*Royal babe, indeed!   Refusing to be overshadowed by his future niece or nephew, a mural of a shirtless Prince Harry now permanently hangs in the London gay club, Manbar  (via Evening Standard).

*Not without controversy, “Europe’s first gay-friendly mosque” opened in Paris this week–welcoming gay Muslims and allowing men and women to pray together (via France 24).

*In gay destination wedding news: on Wednesday, the Supreme Court of Mexico ruled unanimously for same-sex marriage to be recognized in the entire country (via Salon); and very early Thursday morning, Washington State began issuing marriage licenses for same-sex couples (via Seattle Times).

*Luxury hotels want to serve you during daylight too, offering day-only rates for your business or pleasure (via CNN).

*Tall and tan and young and lovely, the boy from Ipanema goes walking; and when he passes, Grindr, Scruff and Manhunt go…ahhh!  Yes, in preparation for the 2014 World Cup and 2016 Olympic Games, Brazil is unveiling a new Wi-Fi network, offering internet access on the beaches of Rio de Janeiro (via Business Wire).

What did I miss?  Share your favorite travel news in the comments below or by posting on the Traveling IQ Facebook page.