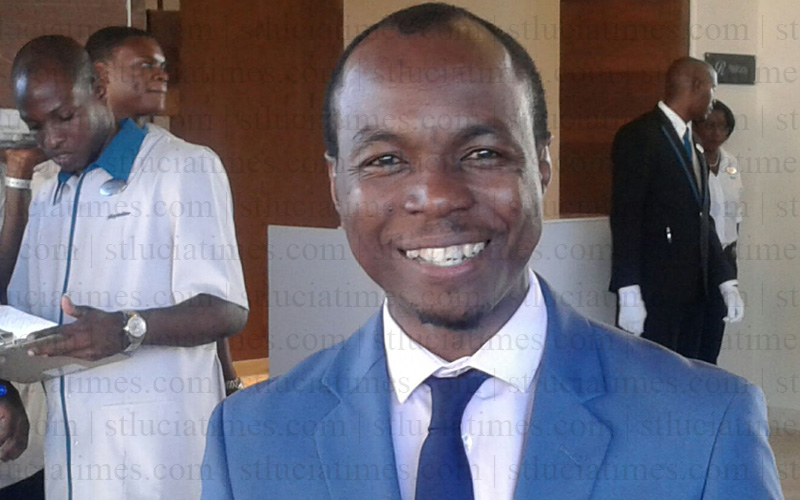 The Honorable Dominic Fedee visited New York this month with his marketing and public relations team to launch a new campaign for St. Lucia and to assure Americans that this lush Caribbean nation was not affected by recent hurricanes. The small country depends on tourism, and he asserts that “The best way to help the Caribbean is to visit the Caribbean.”

In St. Lucia, as in a number of Caribbean countries, same-sex relations between men are illegal though there are no laws against lesbians. We caught up with Minister Fedee to ask him whether LGBTQ visitors are welcome in St. Lucia. The interview, below, is part of a series with senior tourism leaders about LGBTQ travelers, including our recent interview with Jamaican Tourism Minister Edmund Bartlett, MP.

ManAboutWorld: Sometimes the LGBTQ media cites the Caribbean as an example of a region that is unfriendly or unwelcoming for gay travelers. Would you say LGBTQ traveler are welcome in St. Lucia?

Dominic Fedee: Well, everyone is welcome in St. Lucia. Absolutely. I can tell you there is a comprehensive constitutional review taking place in a number of Caribbean countries. Sometimes the books don’t reflect the pulse or where the population is and a lot of our law is based on old antiquated British law. For example, capital punishment is still in the books. You must remember that we are small jurisdictions. A lot of us only got independence in the ’60’s and ’70’s, and we don’t have the economic might to reform our legislation and make the changes necessary to move forward as fast as we would like.

But the question is, “As humans, how do we appreciate differences in one other? How do we respect each other and not allow those differences to divide us?” I think that is the key. I don’t think any of us will be extreme about any position. I think it is our responsibility to be patient and understanding with them and to keep giving them opportunities to understand us.

ManAboutWorld: Do you think that is a sentiment shared by yours fellow St. Lucians, especially in the hospitality industry, for customer-facing service workers? It feels like that may be the culture there.

Dominic Fedee: Well, I worked in the hospitality industry. I had 16 long years in the specific company and we welcomed many gay couples, and it is a practice.

ManAboutWorld: Is the government giving serious consideration to removing antiquated anti-sodomy laws? It sounds like the country doesn’t necessarily have the resources to move as quickly as it wants.

Dominic Fedee: Well, there’s a lot of discussion and debate. I mean I just got back and two weeks ago, the news was talking about whether marijuana should be legal — another subject that divides us. Also whether capital punishment should be legal. So it’s not just about same-sex marriage.

ManAboutWorld: A lot of countries and marketers are seeking gay travelers for the economic and social benefits that the group provides and the positive PR message it sends by welcoming them. Does St. Lucia actively seek to attract LGBTQ travelers?

Dominic Fedee: No, though everyone is welcome. I think of tourists are tourists. I don’t want to differentiate between Muslim and Black and White and Christian and fat or gay and straight. We welcome everybody.

ManAboutWorld: I interviewed a couple of hotel marketers in St. Lucia and one thing that came up a was that there seemed to be restrictions on marriage officiants blessing same-sex couples because they’re afraid that they could have their license revoked. Is that something that an officiant should be concerned about?

Dominic Fedee: Well, in the absence of a definitive policy, I can understand one would be cautious. I mean even in this interview — I can’t remember my cabinet ever sitting down together to talk about this specific problem. We have discussed the judicial system in general but we have not looked at whether we look specifically at gay marriages or marijuana. When do we make them legal? That discussion has taken place whether we disregard capital punishment. In some jurisdictions, that has been outlawed. It will take a lot of time for the Caribbean.

ManAboutWorld: Let me ask you this final question. Hospitality companies and brands are among the most progressive in the world, scoring high in the Human Right Campaign Corporate Equality Index which rates most large hotel companies 100% in terms of their support for their LGBTQ customers and employees. Is St. Lucia’s hospitality industry looking at LGBTQ issues in terms of any sort of sensitivity training or awareness as far as you know?

Dominic Fedee: We have a very active civil society group and we leave that — it is still a contentious issue even here in the United States. And so civil society drives that and I can’t remember government ever actively taking it on. I think the St. Lucian LGBTQ movement is very courageous. [editor’s note: Led by executive director, Kenita Placide of United & Strong (LGBTQI) St. Lucia.] I wish it all the best. It’s very welcoming and that’s why I love democracy where people can default on different things and people can still respect each other’s differences and people must not allow those differences to divide them. But the differences in us should inspire us and the differences in us should — we should all take away from the differences in us. 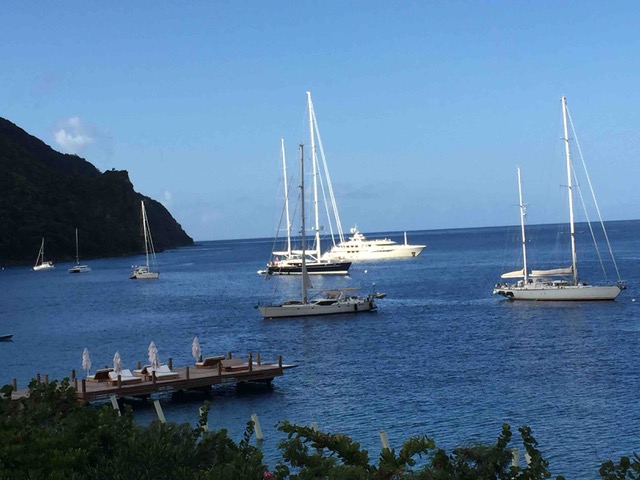