What happened to the Gay Marais in Paris?

Has the charming Gay Marais gone? If your last visit to Paris goes back to the mid-’80s or the ’90s, 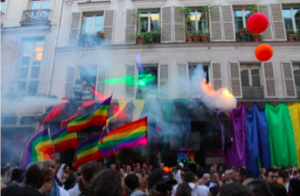 chances are you may not recognize the neighborhood. The days of first ever created gay-bars like Le-Village and L’Amnésia seem really far.

Things have changed but to understand what’s really happening now we may need to board the time-machine.

Le-Marais (marsh, swamp in English) goes back to the Middle-Age and was developed right after the Renaissance when the rich and famous started to build elegant mansions also known as “Hôtels-particuliers” to remain rather close to the king’s palace, The Louvre. When the Court moved to Versailles, the area started to lose its wealthy patrons. In the 19th century the rich inhabitants moved further West and the old Marais started to host a new population: the many Jews who had escaped cruel persecutions, frequent in the ancient Russian empire. 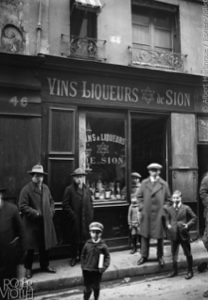 After WW2 Le Marais was sentenced to death, in other words: to be demolished. Too old and the bearer of tragic war memories. Thanks to a clever minister of cultural affairs, it survived the bulldozers but wont see its renaissance until the arrival of the gay community in the early 80s following the first solid renovations of historic mansions and inauguration of the Pompidou Center which will bring international light to the older part of the capital city. As often with the gay community, the street started to become prettier, flower pots popped-up in front of design stores and friendly cafés and restaurants.

Le-Marais was back, it was fashionable – luxury brands could not miss this opportunity and over the past 5 years we have seen high-end stores coming-in, replacing traditional and convenient businesses. L’Amnésia closed and so did many other gay 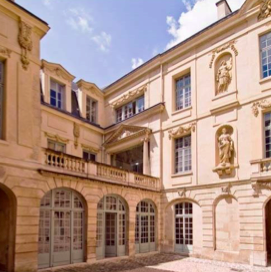 “institutions” often replaced by luxury boutiques. Rue des Archives a whole series of top boutiques have been created by a single investor. The facades all look alike and are truly magnificent but the Givenchy, Prada, Moncler boutiques seem a bit lost and too often quite empty. They are not terribly inviting as a security guy stands right at the door and this is never a way to say “bienvenue!”. Cox, Open-Café, Raid, Free DJ are still here to welcome their gay patrons.

Change everything so nothing changes (The Leopard, Visconti): in reality Le-Marais has never so 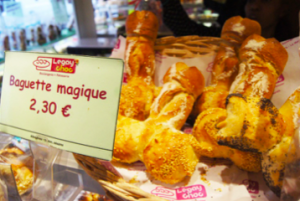 beautiful and charming. All restaurants, cafés, wine-bars, bakeries, boutiques, art galleries – not to forget the legendary department BHV, totally revamped, all are truly gay-friendly and all know what they owe to the Gay Community. We only hope this mind set will remain but further closure would not help and may simply sign the end of Le Gay-Maris!

In the meantime, it’s never been a better time to visit. So don’t wait!

One fantastic resource for the Marais is ParisMarais.com. Created by Pascal Fonquernie, the site — which is available in seven languages — is among the world’s most visited guides on le Marais, including a large gay community section. Not a gay guide, it’s the best of le Marais, including booking hotels; information about the Jewish quarter; recommended tour guides; restaurants; history; and interviews with famous people. Download a copy of the Marais map here.

One thought on “Paris Update: Is the Marais Still Gay? Oui et Non … Read on!”