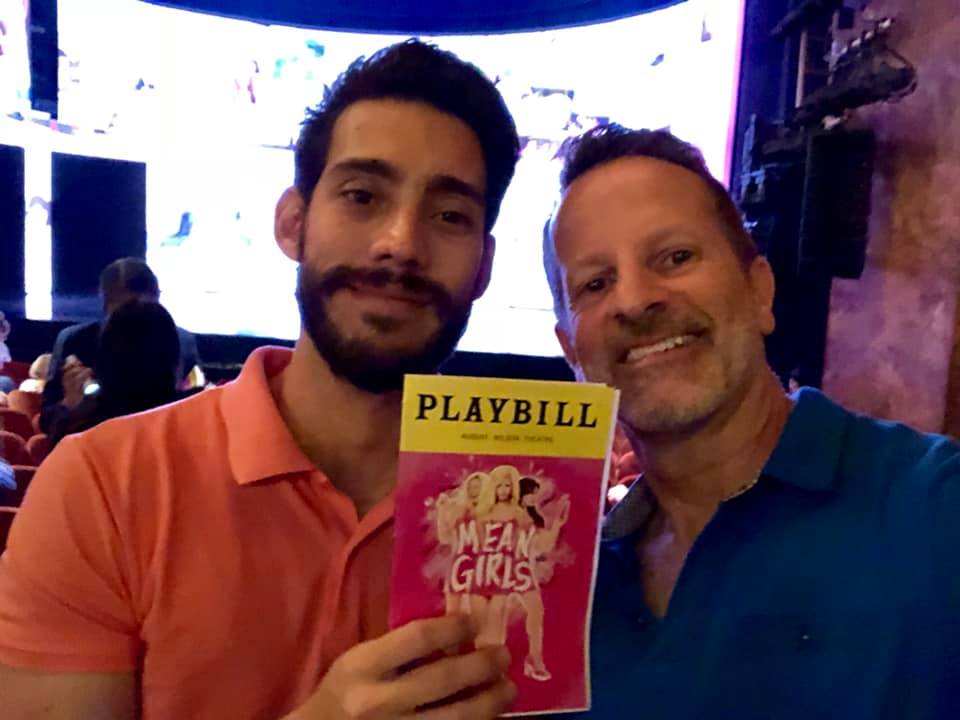 If you’re in New York, try to catch Mean Girls on Broadway. What a fun show with a lot of gay subtext and a gay character who is terrific. Remember “On Wednesday we wear pink.” Also remember that October 3 is Mean Girls Day. What, you ask? Recall “On October 3 he asked me what day it was.” Check out all the businesses in NYC celebrating the day.

We got to see it on Wednesday. You don’t see it in the photo but we were both wearing pink:) The audience seemed to include mostly gay men and high school and college age young women. And women their moms’ age.

Expect a story that reflects the movie but includes an amazing original score and a lead narrator character, Damian Hubbard, who’s gay and steals whatever scene he’s in.

Mean Girls is a musical with music by Jeff Richmond, lyrics by Nell Benjamin, a book by Tina Fey, based on the 2004 film of the same name written by Fey, which, in turn, was inspired by the book Queen Bees and Wannabes by Rosalind Wiseman.

The musical premiered at the National Theatre, Washington, D.C., in October 2017 and opened on Broadway in April 2018 at the August Wilson Theatre.